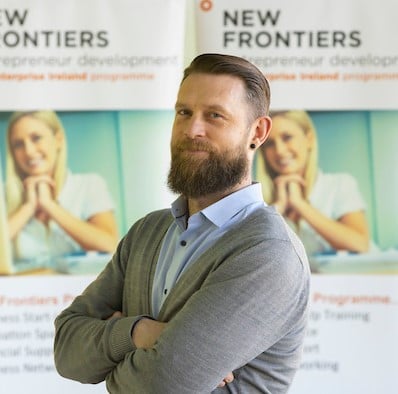 ORBITAL: Project Coordinator and Chair of Supervisory Board

Dr. Laurence Fitzhenry is a Lecturer in Chemistry at the Department of Science, WIT and Principal Investigator of the Ocular Therapeutics Research Group (OTRG) at the PMBRC.
He received a BSc (Hons) Degree in Applied Chemistry with Quality Management (first class honours) and a PhD in polymer and analytical chemistry from WIT in 2007 and 2011, respectively. The subject of his IRCSET-funded PhD thesis was molecularly imprinted polymers for the controlled release and selective sensing of pharmaceutical actives. Dr. Fitzhenry conducted his postdoctoral research at the PMBRC from October 2011 to January 2013 on the development of contact lenses for the controlled release of pharmaceutical actives. He subsequently became an Enterprise Ireland-funded Technology Leader at the PMBRC where, as well as continuing his research activities, he worked on various projects for industry partners including, Eirgen, Bausch & Lomb, Xeolas, Waters, Pinewood and Heraeus Metal Processing, until he became a WIT academic staff member in September 2014.
Dr. Fitzhenry is currently supervising six postgraduate students, having previously supervised three PhD candidates to completion, as well as mentoring six postdoctoral researchers. He has presented at national and international conferences, filed four invention disclosures and submitted 3 patent applications. He has secured over €5 million in research funding to date from Enterprise Ireland, the Irish Research Council and European funding initiatives, and is the coordinator of the H2020 MSCA-funded ORBITAL-ITN (orbital-itn.eu). His commercialisation research has resulted in a spin out company from WIT, OcuDel, which develops advanced drug delivery technologies. He is currently a participant on Phase 2 of the Enterprise Ireland New Frontiers Entrepreneur Development programme that focusses on further developing this start-up company.