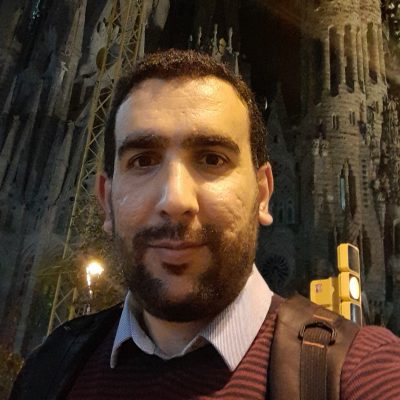 ISMAEL has just completed two master’s programs from Barcelona University: one of them in Nanotechnology and the other in pharmaceutical science. His first published article entitled “Polymeric nanoparticles and chitosan gel loading Ketorolac tromethamine to alleviate pain associated with Condyloma Acuminata during the pre-and post-ablation” was published last year in the journal of MDPI pharmaceutics. Apart from that, he was actively collaborating on two projects in the same research group. He is preparing now for at least another publication from this work.

In his internship at the scientific and technological centers of the University of Barcelona (CCITUB), he worked with a wide range of techniques and microscopies, including AFM, TEM, and confocal laser microscopy, among others. He also participated in activities aimed at educating pre-university students about nanoscience.

Currently, he is pursuing a Ph.D. at the University of Iceland funded by the Marie Sklodowska Curie fellowship. His work will be focusing mainly on development Cyclodextrin based formulations to the posterior segment of the eye.